Hotel door lock system has traditionally been selected during the construction phase of the hotel in Malaysia. The reason for this is that the doors need to be ordered and prepped for the particular hotel door locks well in advance of the opening of the hotel. Especially for new builds, many times the decision on which hotel door lock system and hotel lock are chosen is made by the owner/developer and design/construction team. Most of the time the operational personnel who typically use the system (such as front desk, housekeeping, engineering, security and IT) are only brought on board closer to the opening of the hotel. As such, the input from these departments is not factored into the overall hotel lock system selection process.

The other way that hotel door lock systems are usually installed is during a time of a refresh or room upgrade. Due to the cost of the hotel door lock system, it is usually incorporated as part of an overall renovation. Again, the design team usually has a heavy hand on the overall decision making, and in most cases aesthetics and cost usually win over functionality and proposed security. However, there is the potential for operational, security and IT input into the overall decision making if the ownership group involves the property itself in the project. 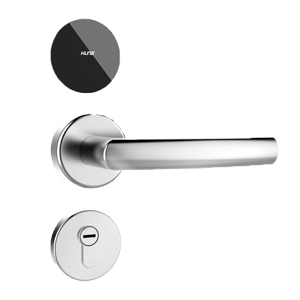 4 factors involved in the decision of which hotel door lock system to purchase: